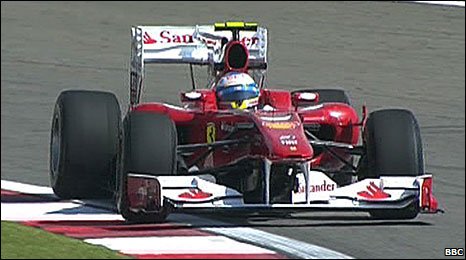 The McLarens of Lewis Hamilton and Jenson Button set the pace in first practice at the Turkish Grand Prix.

Hamilton posted a time of one minute 28.653 seconds, with fellow Englishman Button almost a second slower.

The Mercedes pair of Michael Schumacher and Nico Rosberg followed with the third and fourth fastest times.

The Red Bulls, which are expected to dominate, had Sebastian Vettel fifth, ahead of Renault’s Robert Kubica, with team-mate Mark Webber eighth.