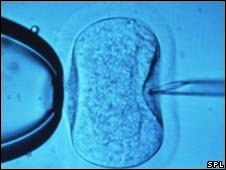 Health boards in Wales face a shortfall in funding to provide a second free IVF cycle on the NHS, claim the Conservatives.

The assembly government has invested Ã‚£800,000 for the first year but the full cost is over Ã‚£1.6m, says Tory health spokesperson Andrew RT Davies.

Mr Davies claimed health boards would have to provide additional funding to meet the shortfall.

The assembly government said the comments were "scaremongering".

It said sufficient resources had been provided and the money had been "properly resourced and budgeted".

Patients with fertility problems were given the right to a second course of treatment from April this year.

Previously, women in Wales had access to one cycle of treatment.

He said: "The introduction of a second NHS IVF cycle for patients is a welcome move that goes some way to meeting NICE [National Institute for Health and Clinical Excellence] guidelines.

"However, it is disappointing that the health minister seems content to 'pass the buck' in meeting some of the costs of this treatment back to local health boards. 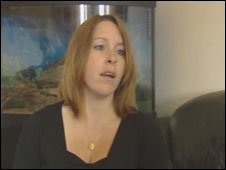 "Expecting health boards to raid their already stretched budgets puts even more pressure on delivering services and is unrealistic and unfair for providers and patients alike."

He said the health minister, Edwina Hart, had a duty to ensure that commitments like this were properly resourced and "not just a headline-grabbing gimmick for the assembly government".

Kara Ellard, an IVF campaigner from Pembrokeshire who became a mother following IVF, said the funding claims were a "huge worry".

"I've got many friends that are waiting for their second cycle [of IVF]," she said.

"If this doesn't happen they're going to be heartbroken.

"They're going to be in the same situation that we were when you need to find this money [to pay for IVF]."

She said undergoing IVF was a "rollercoaster" where "it's constantly up and down".

"When it does fail and you haven't got the back up of money, that's when the confusion of how you are going to try again starts," she said.

Mr Davies’s comments are scaremongering and unhelpful for those receiving, or due to receive, IVF treatment

A spokesman said: "This is not an additional burden for health boards.

"The money is properly resourced and budgeted from various sources including the Ã‚£0.8m funding from the Welsh Assembly Government, as well as from NHS specialist services budgets.

"Mr Davies's comments are scaremongering and unhelpful for those receiving, or due to receive, IVF treatment."

The assembly government said it did not "consider it a burden for the NHS in Wales to provide funding for a second cycle of IVF".

"Over time we would like to meet the NICE recommendation of providing three cycles of IVF on the NHS," added the spokesman.