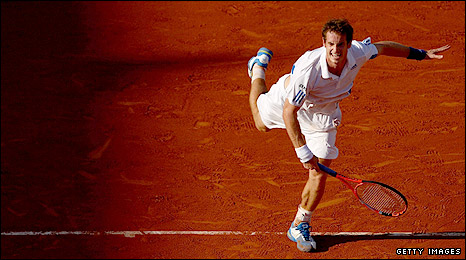 British number one Andy Murray will hope to have recovered from his four-hour victory over Richard Gasquet when he takes on Argentina’s Juan Ignacio Chela in the second round of the French Open on Wednesday.

The 23-year-old Scot is due to play in the third match on Court One at around 1300 BST, although bad weather is expected to disrupt the schedule on day four.

And although Murray looked strong throughout his marathon five-set win against Gasquet, he may not be too upset if there were to be a delay as it would give him more time to rest his troublesome right knee.

Murray’s main weakness is his service. No doubt he knows that, but I can’t understand why he can’t sort it out

Murray admitted after Monday’s match that it had felt sore, and that the sliding required on clay is particularly unkind to the bipartite patella with which he suffers, but it is a long-term condition with which he seems resigned to coping.

"It hurts at different parts of the year," he said. "I can’t do anything about it. It’s just something I was born with, and I’m just going to have to deal with it for my whole career."

Chela is certainly an opponent he has grown used to, having played the 30-year-old from Buenos Aires on six occasions, winning the last five in a row.

Most recently, Murray swept Chela aside on the clay of Madrid earlier this month and he gave the Argentine just five games when they met in the first round of last year’s French Open.

Chela has only made it past the third round at Roland Garros on one occasion, and his run to the quarter-finals in 2004 came to an end with a straight-sets defeat by former British number one Tim Henman. 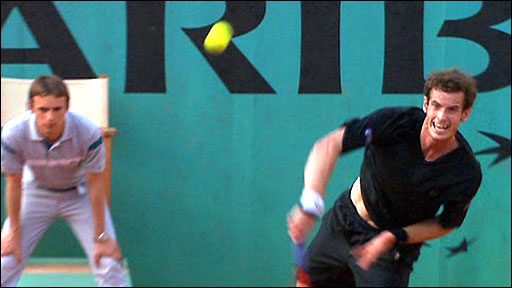 However, Murray insists he will be on his guard against the world number 58, who has one more tournament win than Murray this year after taking the clay title in Houston in April.

"He’s a very good player," said the Briton. "He’s obviously got a lot of experience. I just need to make sure I recover well. If I feel good going into the match then I’ll be confident that I can win.

"But he can’t be underestimated with the results he’s had, not only here but on a lot of clay courts during his career."