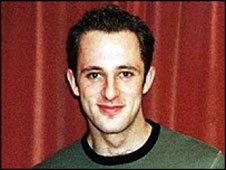 More charges may be brought over the death of a County Durham man who fell from a balcony on the Greek island of Rhodes 10 years ago.

When the body of Christopher Rochester, from Chester-le-Street, was returned to the UK a kidney was missing.

A Greek doctor was later convicted of neglecting the 24-year-old during his treatment in hospital.

Now the Greek authorities have told the UK Government the kidney mix-up is to be investigated further.

The new development was revealed in the House of Commons by Foreign Office minister David Lidington, in a debate on the case brought by North Durham MP Kevan Jones.

Mr Rochester's mother and step-father, Pam and George Cummings, have long called for further criminal action over the kidney mix-up.

Mr Lidington said: "Very recently the Home Office received confirmation from the Greek Ministry of Justice that a request had been made in order to assist with a criminal investigation.

"I have been advised that the Home Office is now in discussions with the Ministry of Justice as to how this request can be taken forward.

Mr Jones told the Commons he considered the action of medical staff and the Greek authorities to be "unacceptable".

He said: "Answers need to be given to Christopher's family. 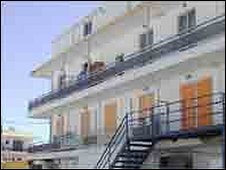 "One gets the impression that the Greek authorities feel that if they delay and put enough obstacles in the way that somehow the family will go away.

When it was discovered Mr Rochester's kidney was missing, the Greek authorities sent another, which failed a DNA match in the UK.

Greek officials disputed the DNA findings and agreed to an independent inquiry which has yet to take place.

Tests on the kidney were carried out by Professor John Burn, head of Newcastle University's Institute of Human Genetics.

Prof Burn said he established with 99% certainty that the organ was not Mr Rochester's by comparing it with DNA material taken from a biopsy he underwent before he died.

Mr Rochester bled to death after being left unattended for three hours on a hospital trolley.

His parents fought a lengthy campaign to convict a doctor of manslaughter by neglect over his death.