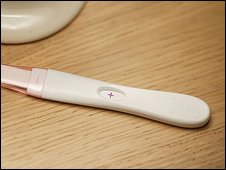 The abortion rate has dropped for the second year running in England and Wales, statistics show.

But experts said it was still too early to say whether there was a downward trend.

Ann Furedi, of the British Pregnancy Advisory Service, the largest abortion provider in the UK, said: "Abortion figures tend to fluctuate slightly year-on-year so we can’t call this a trend yet, especially with the background of the last few decades’ gradual rise."

And she added: "Unintended pregnancy and abortion will always be facts of life because women want to make sure the time is right for them to take on the important role of becoming a parent.

"Abortion statistics are reflective of women’s very serious consideration regarding that significant role within their current situation."

At the beginning of the 1970s the abortion rate was around the 8 per 1,000 figure, but after almost continuous year-on-year increases it rose to 18.6 two years ago.

Since then it has fallen, but experts remain cautious as in previous years there have been slight drops or a levelling off which have not been sustained in the long-term.

The figures also show that the proportion of abortions carried out before 10 weeks has risen, with many putting this down to the increase in funding which has improved access over the past decade.