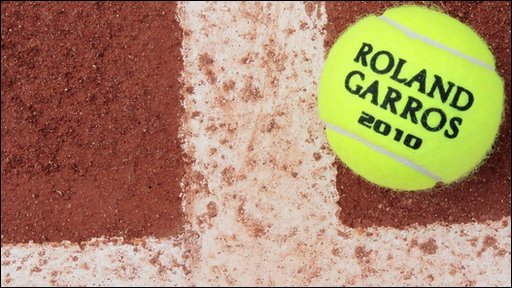 LIVE TEXT COMMENTARY (all times BST)To get involved, please useTwitter,606or text us your views & comments on 81111 (UK) or +44 7786200666 (worldwide). (Not all contributions can be used. Messages will be charged at your standard operator rate)
1010: TheDaily Mailappear to have learned more French than me. Yes indeed. Here’s how they describe yesterday’s drama on Court Suzanne Lenglen: "Andy Murray spent four hours and four minutes on Monday trying to haunt Richard Gasquet with that most felicitous French phrase: deja vu." TheDaily Telegraphsuggest that "perhaps next time Murray should just leave the locker room imagining that he is two sets down", whilethe Timescompares Murray to a tree: "The transformation of Murray from a teenage sapling with a tendency to wilt in the breeze to sturdy professional oak was further demonstrated… yesterday." Fair enough. And whilethe Sunfret about Murray "putting his fans through the wringer" when it’s not even Wimbledon yet,the Guardiancalls the match "the Battle of Wounded Knees" in which "Murray’s right ultimately proved to be in better shape than Gasquet’s left". More on Murray’s wonky knee later.

1004: And here is Justine Henin and she receives a rapturous reception on her long-awaited return to Roland Garros from the 23 people who have managed to show up on time at Court Philippe Chatrier.

1000: Ah bonjour to you. I’m already starting to fear I will run out of French words before week one is out. Oh, hang on, I already have. Tant pis! Anyway, top-drawer start to the day in Paris where we’ll see Justine Henin play her first match at Roland Garros since winning the title three years ago, while on Court 4, Britain’s last remaining female participant (in singles) Katie O’Brien is up against veteran American Jill Craybas.