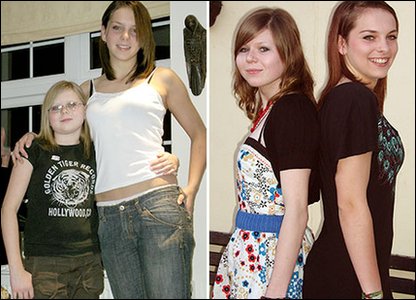 When Hayley Cowan was 14 she was barely five foot tall.

Some children at her secondary school bullied her badly, constantly referring to her size.

"I hated going to school because people kept making comments about my height.

"They called me very unoriginal names, like ‘midget’," she said.

"You start to think your height is your defining feature.

Hayley, now aged 18 from Hertfordshire, was diagnosed with a growth hormone deficiency.

Doctors started her on a growth hormone and within four years she had grown four inches.

But not all children are as lucky as Hayley and medics worry that some are slipping through the net.

Now Barts and the London School of Medicine and Dentistry have launched an appeal to fund a new child health research centre to look into diseases like abnormal growth.

Adrian Clark, Professor of Medicine at Barts, said: "New research is urgently needed to increase our understanding of these serious health problems as, if they are not treated early, they can cause even greater difficulties in later life.

"Our aim is to raise £2.4 million to fund a team of researchers which will translate into better care for sick children and improvements in their long-term health."

In the past there has been controversy surrounding the use of growth hormone, with suspected links to Creutzfeldt Jakob Disease (CJD) – or so-called "mad cow disease" – low IQ and an increase in tumours.

But Dr Helen Storr, consultant in paediatric endocrinology at William Harvey Research Institute, Barts, said that these studies were old and no longer relevant.

This is particularly the case with the CJD link, as the hormone used is synthetic rather than taken from a pituitary gland as in the past.

And growth hormone was not linked with an increase in tumour risk – unless a child has a tumour already – Dr Storr added. Nor was there a link with a decrease in intelligence.

She said children reaching a normal height tended to have better health with stronger bones and better muscle tone, as well as an increase in confidence.

"Hayley was helped and many children like her do have a positive outcome," she said.

Hayley said she had no qualms taking a growth hormone and that it had transformed her life.

"They did consult me about the side effects, but I really wanted to try it because I was so unhappy I have would tried anything. But I didn’t really have any problems.

"I am happy with my height now.

"My body has become more adult. I used to think I was quite fat. I hated the way I looked, now I am much happier.

"Now I can buy clothes and can borrow my friends’ clothes because they are the same size."

And best of all Hayley, who has been offered a place at Oxford to study maths, said the bullying has stopped.

"The difference in my attitude towards school now and six years ago is unimaginable.

"I used to dread going to school and count down the time until I could leave.

"I had much lower self-esteem than my friends, which probably was not helped by the continual questioning of my age by people at cinemas, shops and restaurants.

"But now, thanks to the growth hormones, I look the same age as my friends and can match them in self-assurance."