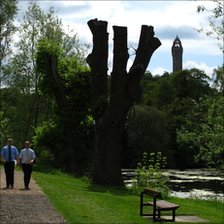 Stirling University could be forced to pay out hundreds of thousands of pounds in compensation after terminating staff contracts without consultation.

An employment tribunal has ruled the university broke the law when it ended up to 100 fixed term contracts without consulting with unions.

Employers are required to consult when 20 or more staff face redundancy.

The university had argued the law did not apply to fixed-term contracts being ended.

But the University and College Union (UCU) said they should be classed as redundancy and that the university had a legal obligation to consult with unions on ways to mitigate and avoid dismissals.

Employment judge Paul Cape ruled in favour of the UCU at a hearing in Glasgow.

The tribunal will reconvene at a later date to consider the awards in the case.

UCU Scottish official, Mary Senior, said: “This is a very important victory for the former members of staff at the University of Stirling who should not have been dismissed as they were.

“It is also an important ruling for the thousands of university staff on fixed-term contracts around the UK.

“Universities have to understand that they cannot just wait for fixed-term contracts to expire to get rid of staff.”

The university’s HR director Martin McCrindle said: “This is a complex judgement and the university needs time to consider its detailed implications.

“We, like other universities, will continue to employ academic staff on fixed-term contracts to ensure we achieve our research goals in the difficult funding environment that we are experiencing, in common with the rest of the sector.”