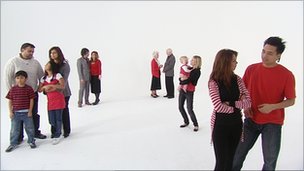 The younger you are, the slower your life expectancy is rising

The cost of providing pensions is set to rise again because of another increase in life expectancy.

Longevity increased again in England and Wales during 2009, according to the Institute of Actuaries.

The actuaries said this was due to a continued fall in mortality rates among all age groups from 18 to 102.

The further increases in longevity will add to the cost of providing pensions in both the public and private sectors.

It has been one of the key facts behind the recent decision of the government to speed up the raising of the state pension age, and to ask the former Labour minister Lord Hutton to recommend ways of cutting the cost of public sector pension schemes.

An extra year of life for a retired person typically means a pension scheme must increase its stock of assets by 3% to 4% to generate the necessary extra income.

The actuarial firm Aon Hewitt said that the latest data would add another £5bn to the cost of funding occupational pension schemes in the UK.

“Looking at the background of the past 10 years of improvement in life expectancy, this is a timely reminder of the cost of paying pensions for longer,” said the firm’s spokesman Martin Bird.

“Even though this latest increase is only slightly higher than expected it still triggers a jaw-dropping sum in liabilities.”

The figures calculated by the actuarial profession come from its long-running research project, known as the Continuous Mortality Investigation (CMI).

It has taken mortality statistics supplied by the Office for National Statistics (ONS) for 2009, and applied it to data collected from life insurance companies about they customers they have insured.

Previous experience has shown that this section of society tends to live longer than people who do not have life insurance.

But the figures still illustrate the way that life expectancy has improved sharply in the past 10 years or so.

In the nine years since the year 2000, mortality rates for men have dropped by 29% and those for women by 20%.

Thus people are living considerably longer than was predicted a decade ago.

The CMI warned that one year’s data indicated only a slight further rise in longevity, which needed to be seen against the pattern of “considerable natural variation in mortality from year from year,” it said.

“The 2007 and 2008 data, in particular, had shown a slower pace of improvement than the preceding years, and it is not clear what the higher improvements in 2009 mean for the general pace of mortality change,” the CMI added.

The CMI explained that while longevity was predicted to continue increasing at least over the next 30 years, the rate at which this would happen was still very uncertain.

“It remains difficult to draw conclusions regarding the current trajectory of rates of mortality improvement,” the CMI said.

“[The] data to calendar year 2008 appeared to show a slowing down however this trend has been partially reversed by the 2009 data for males, and wholly negated for females.”

The improvement in life expectancy is greatest for those who are oldest, particularly for men aged over 80 and women aged over 70.

The current projections suggest that a man who is 100 this year will live, in average, only a further two and a quarter years.

But that is a 3.7% increase on last year’s prediction.

By contrast a man aged 20 is predicted to live on average another 70 years, to the age of 90.

Women aged 90 are expected to live a further three and a half years on average, which is 2% more than last year.

But the improvement in life expectancy for women aged 20 has risen by just 0.3% in the past year, to just under 92 years.