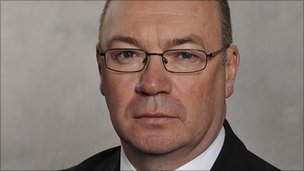 The UK government will continue to deport Iraqis whose applications for asylum have been turned down, a minister has said.

The announcement comes despite the European Court of Human Rights effectively calling for a freeze on the practice.

However, despite security improvements in Baghdad and elsewhere, explosions and shootings remain a daily occurrence in much of Iraq.

The United Nations High Commission for Refugees has objected to the policy of returning failed asylum seekers to central Iraq – enforced by the UK as well as other European countries – as it maintains that it is still not safe to do so.

The majority are sent on from Baghdad to the relatively secure north of the country.

Last month, the European Court of Human Rights wrote to inform the UK government that it would apply “Rule 39” to any Iraqi challenging their deportation.

This rule means, in effect, that anyone from Iraq who takes their case to the European Court will automatically be allowed to remain in the UK, at least temporarily.

The letter said the court had taken the decision in view of what it called the deterioration in the security situation in Baghdad.

The decision, which is to be reviewed on Tuesday, places the government in a potential conflict with the Strasbourg-based court, as all asylum-seekers have the right to appeal under Rule 39.

But Mr Burt, speaking on a visit to Iraq, said it was the government’s view that it was no longer a war-torn country.

He added that the policy of forcibly deporting Iraqis whose application for asylum had been turned down would continue.