Russia has agreed to co-operate on Nato’s programme to defend against ballistic missile attacks, Nato’s chief has said.

Anders Fogh Rasmussen said at a Nato summit in Lisbon that the two sides had agreed in writing that they no longer posed a threat to one another.

“For the first time the two sides will be co-operating to defend themselves,” Mr Rasmussen said.

The Lisbon summit has been redrawing Nato’s focus to face new challenges.

It is the first Nato summit Russia has attended since the Russia-Georgia war two years ago.

Nato members had earlier agreed on a programme to develop and deploy defences against ballistic missile attack on their territories.

Mr Rasmussen said he had extended an offer to Russia to co-operate on the programme and was “very pleased that [Russian President Dmitry] Medvedev has taken up that offer”.

Mr Rasmussen said this agreement was of “real political importance”.

There would be an exchange of information on the threats to European skies, he said, and the two sides “could conceivably co-operate on shooting down an incoming missile”. 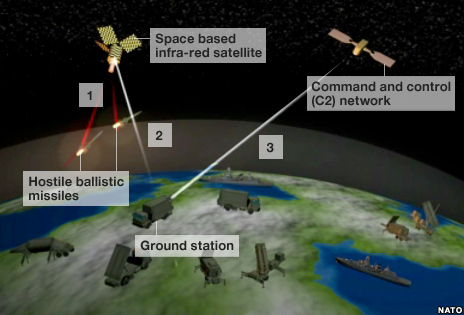 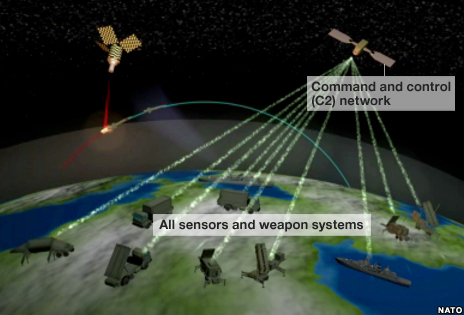 The command and control network relays information to sensor and weapons systems in the region. Once the missiles’ engines burn out, the infrared satellite can no longer detect them. 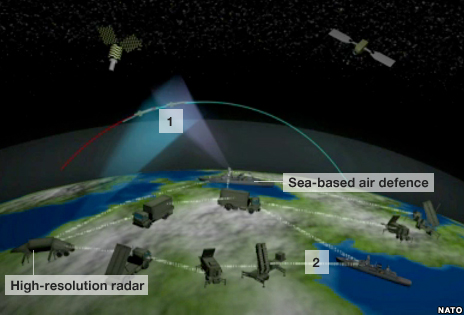 1: Long-range sensors such as the US AN/TPY-2 high-resolution radar and the Dutch sea-based Air Defence and Command Frigate (ADCF), continue to track the missile to help command system calculate options for destroying them. 2: Information is constantly shared among the sensors and weapons systems. 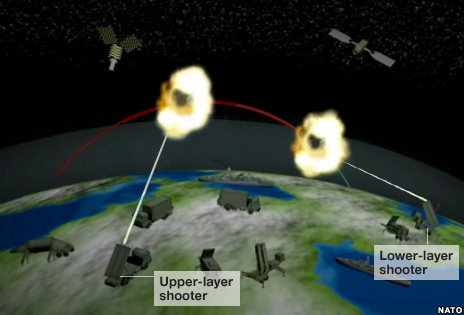 Command system has the option of shooting down the hostile missiles while in the upper or lower layers of the atmosphere. As tracking continues, greater accuracy is achieved. Lower-layer shooter systems include the German or Dutch Patriot battery systems connected to the Nato network.
BACK {current} of {total} NEXT