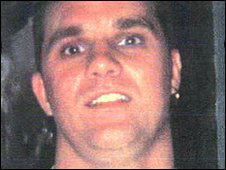 A 49-year-old man questioned about the murder of a man on Belfast's Shankill Road has been released.

Bobby Moffett, 43, was shot in the face shortly before 1300 BST on Friday in an area that was crowded with shoppers.

The police said Mr Moffett had strong links to the Ulster Volunteer Force and was well-known in loyalist circles.

The arrested man, whose age was initially given as 40 by police, was released unconditionally.

He died in hospital. Police do not believe the shooting was sectarian.

There is speculation that Mr Moffett may have been involved in a fight with a member of the UVF in recent days – but this may have been a personal dispute rather than anything to do with the organisation.

In a statement, the police said it was "a cold-blooded, ruthless killing".

"It is a chilling reminder of a violent past that everyone in the community hoped we had left behind," they added.

The gunmen were seen running off along nearby Conway Street.