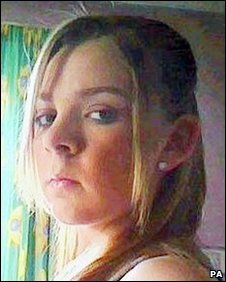 A man is due to appear in court in connection with the death of a teenager whose burned body was found in a field.

The remains of Zoe Nelson, 17, were discovered near Branchalfield Drive in Wishaw, North Lanarkshire, on Sunday.

A 20-year-old man arrested by Strathclyde Police has been charged and is expected to appear before Hamilton Sheriff Court on Tuesday.

The Motherwell College student was last seen leaving her Newmains home about a mile away, on 22 May.

A police spokeswoman said: "A 20-year-old man has been charged and detained in custody."