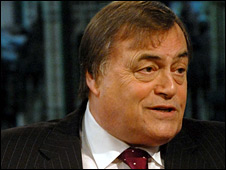 Former deputy prime minister John Prescott has been made a peer in the Dissolution Honours List.

Mr Prescott, 71, who stepped down as an MP at the general election, was Tony Blair’s deputy for ten years.

Dissolution Honours Lists are made at the end of every Parliament and allow outgoing PMs to reward colleagues.

Among other notable names on the list are former Labour ministers John Reid, Des Browne, John Hutton and Quentin Davies – the former Tory MP who defected to Labour.

Other Conservatives include the former chairman of the party’s influential 1922 Committee Sir Michael Spicer and the chief executive of retail chain Next Simon Wolfson.