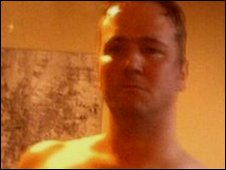 Stephen Griffiths was arrested at his home on Monday

A 40-year-old man charged with the murders of three Bradford women who worked as prostitutes, is due to appear before magistrates later.

Mature student Mr Griffiths, of Thornton Road, Bradford, will be remanded in custody to appear in the afternoon at the city's crown court.

Body parts found in the River Aire on Tuesday were from Ms Blamires.

She had lived in Barkston Walk, Allerton, and was last seen on 21 May.

Ms Armitage, also from Allerton, has been missing since 26 April and Ms Rushworth, from the Manningham area of the city, dissappeared on 22 June last year.

Mr Griffiths, reported to be a psychology graduate undertaking postgraduate research in criminology at Bradford University, was arrested on Monday at his home on the edge of the city's red-light district.

He lived in a third-floor flat in Thornton Road, a short distance from Bradford city centre.

The decision to charge Mr Griffiths was authorised by Peter Mann of the Crown Prosecution Service.

Police continued to search the flats in Thornton Road on Thursday and have sealed off an area around the complex.