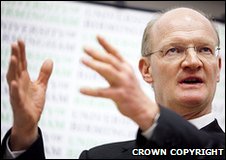 The new science minister David Willetts says space is a vital growth sector for the UK economy and he intends to do everything he can to support it.

"I believe in the space industry," he told BBC News. "Britain has a comparative advantage and we will carry on backing space."

The group includes interests across industry, academia and government.

He said the new Conservative-Liberal Democrat coalition would pick up where the previous government had left off and would put "energy into the programme".

UK space had witnessed some key developments just prior to the General Election. These included the establishment of an executive space agency, and the production of a major report that set out a strategy to grow the British space industry over the next 20 years, creating 100,000 jobs in the process.

Mr Willetts acknowledged that the election process had paused the momentum, but he told the Council that he was ready to push forward again.

He paid tribute to his predecessor, the Labour science minister Lord Drayson, for his efforts on space, and said the coalition had no intention of tearing up good work just for the sake of it. 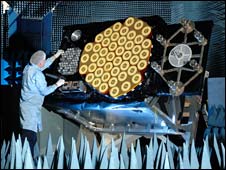 Britain currently has a 6% share of the global space marketThe sector contributes some Ã‚£6bn to the UK economyIt has grown by an average of 9% per year (1999-2007)The industry supports up to 70,000 jobs, about 19,000 directlyA pre-election strategy report saw further major growth opportunitiesStrategy to grow UK space sector

Mr Willetts reaffirmed his desire to make the space agency a truly executive body with control over policy and funding that hitherto has been spread across government departments and science research bodies.

"The agency is at the moment essentially a shell and it needs a proper single funding pot," he told BBC News.

"It wasn't possible for Lord Drayson to resolve that issue before the election, and with all these public expenditure issues hanging over us it's going to take a while; but I'm committed to trying to achieve that, to get as much money as possible aggregated into the single funding pot for the space agency."

Funding has always been a thorny issue in UK space matters.

British governments have traditionally had a lower civil spend than their major European space partners – Germany, France and Italy – and with the current tight fiscal environment, this is unlikely to change in the near term.

But Andy Green, who led the Space Innovation and Growth Team that set out the 20-year strategy, said a lot of what was required of government did not involve spending money.

"We all recognise the difficulty of the situation we are in, but we've also made the point obviously that where the government does decide to intervene financially and otherwise, the emphasis should be on growing sectors," the chief executive of Logica told BBC News.

"He seemed to have a genuine passion for space as an opportunity to grow employment and wealth in this country.In the first instance, that's what we were looking for – enthusiasm."

Mr Willetts promised to tackle regulation issues, such as the access to spectrum that enabled companies to develop new satellite services. 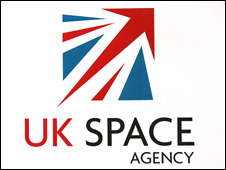 The UKSA has yet to have its funding arrangements sorted out

He highlighted the role satellites could play in climate monitoring, and in providing universal access to broadband internet.And he said he wanted to see the UK take part in the emerging global space tourism business.

This is currently being led by a British company – the Virgin Group – but the firm will be operating first out of the US, and it will need legislative assistance before it can work from home shores.

"I personally would love to see Virgin Galactic being launched from the UK," Mr Willetts said.

"There are a lot of challenges in making that happen, but I think it would be a great pity if we missed out and I want to try to make it happen."

Finally, on the issue of space science, the minister said he would be talking to the Science and Technology Facilities Council (STFC) to see how its "controversies" in recent years could be resolved.

The council has structural problems and has been hit particularly hard by the recent fall in the pound, which makes its subscriptions to major European "science clubs", like the European Space Agency, relatively expensive.

David Willetts is the Conservative Minister for Universities and Skills.He reports to Vince Cable, the Liberal Democrat Secretary of State for Business, Innovation and Skills and President of the Board of Trade.