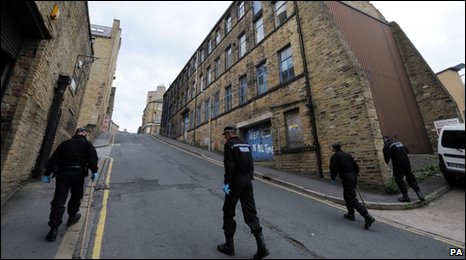 The discovery of the remains of a woman – sparking police searches in Bradford's red light district – has brought back chilling memories of the 1970s.

Back then, it took six years to find and convict Peter Sutcliffe, the Yorkshire Ripper, for killing 13 women across the county – mainly prostitutes – and trying to murder seven more.

He had been in jail for three years by the time Fiona started walking the streets around Bradford's Lumb Lane, one of Sutcliffe's killing grounds.

But, says the former prostitute, his shadow still lay over the town – in the form of fear.

"There were often girls went missing. Every time you came into contact with a man your life was potentially at an end," says Fiona

A lot of the pimps I knew in those days are drug dealing now – it’s the same violent and abusive world, only they use different methods.

"But my fear was my pimp and that's what drove me onto the streets."

Mother-of-one Fiona, 40, who withheld her surname, was drawn into prostitution aged just 15, having left home after a family dispute. She was swept off her feet by a man who turned out to be nothing more than a pimp.

One day in 1995, after 11 years on the streets, she heard on TV that a relative – and fellow sex worker – had been murdered.

It gave her the jolt she needed to change direction, seek counselling and professional help.

There have been many changes since Sutcliffe was caught in 1981.

By the end of that decade, the rise of Aids had led to increased government focus on prostitution.

Where previously only charities provided support, more professional help was introduced alongside with provision of condoms and clean needles for drug users.

"A lot of the pimps I knew in those days are drug dealing now. It's the same violent and abusive world, only they use different methods."

Though her support group is now an informal network, she regularly sees many women she shared the streets with.

"They will be terrified. You can only numb so much reality with heroin and crack," says Fiona.

"They are desperate. They are probably getting beaten if they are staying off the streets and not bringing in enough money. So they have to take bigger risks."

For Fiona, nothing will change until the law changes to improve support for sex workers. 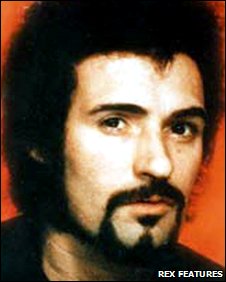 Attitudes to prostitutes have softened since the Yorkshire Ripper murders

Tolerating prostitution on the basis that it is inevitable is not an option, she says, arguing that society would never accept child abuse.

"You need to make the people who prop up this system responsible – the drug dealers, pimps, those who wait outside school gates to lure girls into slavery," she says.

"At the moment, support for women is all about vaginas and veins – not the heart and soul.

"Many have suffered domestic abuse, are on medication or have mental health problems. There's no therapeutic support."

Many face barriers to leaving prostitution. Their criminal records mean many are passed over for jobs.

Fiona's past crimes meant she was refused a place on a social work degree course – despite her having advised the Home Office on policy.

Bradford's red light zone has shifted slightly since her day, away from the Manningham residential streets, to the more industrial area around Sunbridge Road.

"From time-to-time we get cars which will approach people on Sunbridge Road and that's not something you want to expose your staff to," he says.

The trust has been working with police to have CCTV installed to deter kerb crawlers.

Mr Wright believes residential development, including the creation of student flats, has also discouraged prostitution and that it has largely gone "out of view" into industrial areas.

The last decade saw police in numerous UK towns attempt to create "tolerance" or "management" zones for prostitution – often aimed at drawing anti-social behaviour away from people's homes and businesses.

However, Niki Adams from the English Collective of Prostitutes, says can create different problems.

"Each time there's a police clamp down, women end up working further from residential areas and become more vulnerable to attack," she says.

"We want an end to criminalisation so police time and effort is spent on protection."

While safety is not being prioritised (over prosecution), it’s going to result in more attacks and more women are going to die

Decriminalisation in New Zealand – and its legalisation of brothels – has allowed women to report violence to police without fear of prosecution, she says.

"Serial killers don't come from nowhere. They usually have a history of violence and if people were able to come forward and report all that, and police acted on it in a serious and determined way, we could prevent these murders," Ms Adams says.

The Yorkshire Ripper's prosecutor, the then Attorney-General Sir Michael Havers, famously suggested "the saddest part" of the case was that the last six attacks were not on prostitutes but "totally respectable women".

Mr Adams says there was an "enormous amount of prejudice" and claims sex workers are still not treated with enough respect by the authorities.

However, she says the public mood has softened – particularly since the Suffolk prostitute killings hit the headlines in 2006 – and that society is more sympathetic.

With her organisation reporting more women – particularly young mothers – turning to prostitution for financial reasons, she says the authorities need to respond to that change.

The Association of Chief Police Officers has set up a working group to assess the threats, risks and vulnerabilities association with sex workers.

New legislation means men who pay for sex with women coerced into prostitution are no longer able to argue their ignorance. New powers to close premises used for paid sex and tackle kerb crawling also came into force in England and Wales in April.

Mr Byrne said at the time that the changes would "give the police greater opportunities to increase public confidence by tackling the associated crime and anti-social behaviour in those areas that cause concern for local communities".

In Bradford, Manningham Ward councillor Qasim Khan says the police have taken a balanced approach and that the recent murders had given a false impression of the town's dangers.

But he accepted: "A lot of women, whether they are prostitutes or people going about their normal business, don't feel very safe."

From Ms Adams' point of view, one thing is clear: "While safety is not being prioritised (over prosecution), it's going to result in more attacks and more women are going to die."