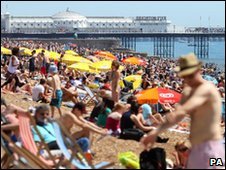 A five-month-old boy taken to hospital with burns over 40% of his body after spending a day in the sun on Brighton beach has been discharged.

The child was with his 29-year-old mother who was visiting the south coast from London on Sunday, one of the hottest days of the year.

Sussex Police said the baby was "doing fine" after being released from the Royal Sussex County Hospital.

Officers are investigating the case, but said no arrests had been made.

The child was taken to hospital by ambulance after police community support officers intervened when they saw the baby suffering from sunburn.

A burns specialist from The Queen Victoria Hospital (QVH) in East Grinstead, West Sussex – who was consulting with the Royal Sussex – said the boy’s injuries could have been potentially life-threatening.

He explained that the danger of blistering was that it could lead to the loss of body fluids.

In a five-month-old baby, this could ultimately lead to risks of dehydration, low blood pressure and kidney failure. 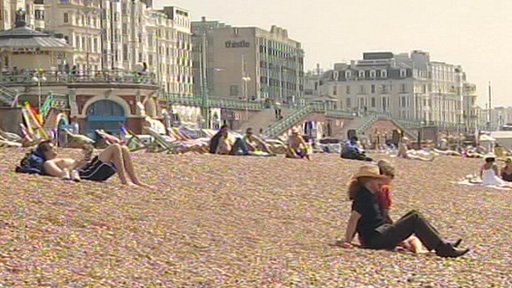