The West End hit Enron has closed on Broadway after only 15 performances and heavy criticism from reviewers.It’s not the first production to be mortally wounded by the critics. Did you see any of the others in our quiz? Probably not… 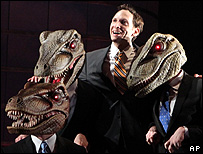 These shows all closed on their opening night on Broadway. But which one “would insult the intelligence of an audience consisting entirely of amoebas”, according to the New Yorker? 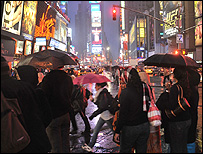 After which West End show did critic Charles Spencer say it went on so long that he feared he had missed the 2012 Olympics?

The Broadway comedy Bobbi Boland, starring Farah Fawcett, closed at which stage in its run? 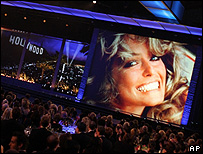 Success on screen does not always translate to the stage. One producer of a Broadway musical shut it down because he said it made for “an excruciatingly boring evening”. Which show?

Fields of Ambrosia allegedly picked out the word “good” from a bad review to promote itself. What did it actually say? 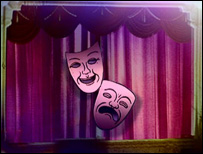 “Good for insomniacs”
“Any sense of good taste, or indeed morality, surgically removed”
“Light escapism is what good musicals do well. This is not a good musical”

Which of the following Broadway flops lasted the longest? 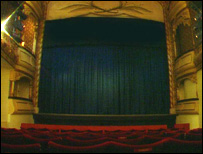 A critical mauling is not always fatal. Which musical was savaged – with one reviewer describing it as “trite and tacky” – but had the last laugh?

We Will Rock You

It’s Moose Murders, which suffered the ignominy in 1983 and now has cult status.It’s Gone With The Wind, three hours and 40 minutes long, which closed in June 2008 after less than 80 performances. The play about Oscar Wilde survived only one night, and Behind the Iron Mask less than three weeks.It closed during previews in 2003. The producer said the play was better suited to intimate off-Broadway venues. The late Fawcett was honoured at TV awards in Los Angeles last month.It’s Breakfast at Tiffany’s, which never made it past previews in 1966. Carrie, based on the Stephen King novel, lasted 16 shows in 1988, but at great expense. And Frankenstein only played one official performance after 29 previews in 1981.The critic said it seemed “as if everyone has had any sense of good taste, or indeed morality, surgically removed”. The show closed after 23 London performances in 1996. In 2007, the EU clamped down on theatres misquoting reviews.Aspects of Love lasted 11 months but lost millions, prompting the New York Times to call it “perhaps the biggest flop in Broadway history”. High Fidelity could not replicate the novel’s success, closing after two weeks. Home Sweet Homer, starring Yul Brunner, lasted only one night.It’s We Will Rock You, written by Ben Elton and using the music of Queen. After seven years, it is still performing in London and has been staged in more than a dozen other countries. Les Miserables and Blood Brothers also proved some critics wrong.

For a complete archive of past quizzes, including the Curriculum tests and our weekly news quiz 7 days 7 questions, visit the Magazine index and scroll down the page.