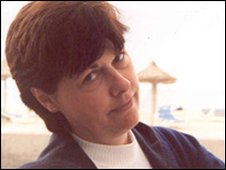 The brother of a murdered Dorset woman has visited Italy where a teenager’s disappearance may be key to the case.

Heather Barnett, 48, had been mutilated and had hair strands placed in her hand when she was found dead by her children at their home in Bournemouth in 2002.

Police think the case is linked to the 1993 disappearance of Elisa Claps, who is also thought to have been murdered.

Ms Barnett’s brother, Ben, met Miss Clapp’s family who spoke of their hopes police were close to solving the cases.

Remains found bricked into a church roof in Potenza, where Miss Claps lived, are thought by her family to be that of the missing 16-year-old.

It is understood she had been stabbed in the chest more than once and then suffocated, BBC South Home Affairs Correspondent Damon Embling said. 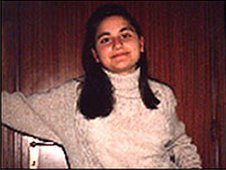 Strands of someone else’s cut hair had been placed in Ms Barnett’s hands, and it is this which produced possible links to the case of Miss Claps.

Women have come forward both in Bournemouth and in Potenza, saying they have had their hair cut in suspicious circumstances.

Dorset Police have been to Italy many times to investigate a possible link with the unsolved murder of Ms Barnett who was found at the family home in Capstone Road, Charminster.

Her brother told BBC News while he was in Potenza: "I just wanted to express my sadness that they should be in this situation.

"It was quite upsetting to meet Elisa’s mother, she’s still deeply, deeply upset as you would expect.

"Whether it’s one of the same person I don’t know." 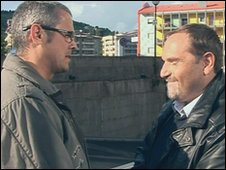 Miss Claps’s brother, Gildo, said through an interpreter: "For 17 years we’ve been frightened to find out the truth, they were horrible, very long 17 years.

"We’ve known for years about the link between Potenza and Bournemouth and the person that killed Elisa might be the same person who killed Heather, so for me it’s very important to meet Ben."

Italian police believe one of the last people to see Miss Claps alive was Danilo Restivo, who lived in the same town in Italy.

Mr Restivo who now lives in Charminster, Bournemouth, has also been questioned by Dorset Police over Heather Barnett’s murder.

He has denied knowing anything about either case.