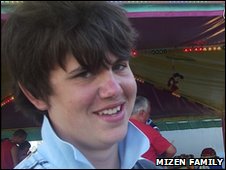 As the family of 16-year-old murder victim Jimmy Mizen prepare to mark the second anniversary of their son’s death with a service at Westminster Cathedral, the BBC’s Dhruti Shah spoke to his father Barry about how they have coped.

Barry and Margaret Mizen refuse to let their grief for Jimmy tear their family apart – because they say doing that means allowing anger to take over, making them no different to Jimmy’s murderer.

Their son was one of 72 young people killed in the UK in 2008 and since then, his parents have watched others succumb to the same fate.

The couple will be joined by the families of other victims, includingandDamilola Taylor, at a peace service at Westminster Cathedral on Monday.

They will use the service to warn that apathy will not solve the problem of youth violence and to call for peace in Britain’s communities.

"Anger and confrontation are destroying our communities when most people just want a peaceful life. The first way to tackle this is for people to begin to take responsibility," Mr Mizen said.

"Most of the people who will be at the ceremony won’t have met each other before, but will have come together for this common cause.

"We will have a song that Jimmy’s brother Tommy wrote in his memory, prayers, speeches and a minute’s silence – not just for our son but for all victims of violence.

A Clarence House spokeswoman said Prince Charles would also be attending as he was keen to show his support for families who had lost young people to violent crime.

Mr Mizen said he still found it hard to believe his son was gone. He does not want his death to be in vain.

The 58-year-old said before Jimmy’s death, his family had never thought they would be affected by the violence they had read about in media reports, but now it permeated their daily lives.

"We have met so many other families since whose children have been murdered and we try to help them as much as we can.

"You think it happens to someone else but that’s not true. People won’t take tougher action until we accept that it affects all of us." 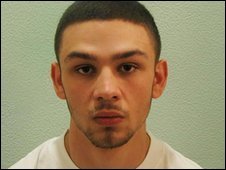 The couple have also foundedFamilies United along with 11 other families who have lost a loved one in a similar violent manner.

The organisation acts as a collective voice for the various activities the families are doing to keep their childrens’ legacies alive. Many will be at the service.

"We are certainly not sitting around crying – we’re talking about the good memories and how to fundraise and raise awareness," Mr Mizen said.

The family have also set up theJimmy Mizen Foundation.The charity has set up safe havens in their local area for teenagers fleeing violence, and has bought minibuses for the local community.

"We often visit prisons where we speak to people about our experiences and they listen respectfully – often asking questions.

"Some of them are killers who are at first angry with the person they murdered but then come to realise they carried out the killing, nobody else," Mr Mizen said. 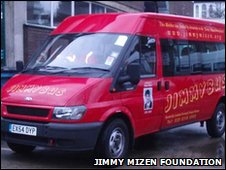 Jimmy was killed by Jake Fahri – a bully who had clashed with the family before.

Mr Mizen said it was important to tackle the underlying causes that led people like Fahri to kill. And although the number of young people (aged 10-19) killed violently in the UK fell from 72 in 2008 to 51 last year, Mr Mizen said more had to be done.

He said he was concerned about the 11 teenage murders that have taken place in London since the beginning of 2010.

He said: "We are firefighting this – we need to work more on preventing those fires in the first place. In 2008, when my son died, those deaths came on quickly.

"There was a sense that something had to be done now. The police were more forceful and more work was done by other agencies. The crime figures showed this.

"The problem now is complacency and that is dangerous."