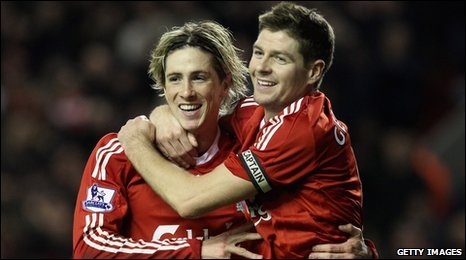 Liverpool chairman Martin Broughton has insisted neither Fernando Torres nor captain Steven Gerrard need to be sold to ease the club’s mounting debts.

Newspaper reports have linked Torres and Gerrard with possible big money moves away from Anfield this summer.

But Broughton said: "There’s absolutely no reason to sell either Torres or Gerrard. We don’t need to do it to pay off any debt."

Torres is out for the rest of the season following knee surgery but the 26-year-old striker is hoping to return in time to play for Spain in this summer’s World Cup.

At the end of March, he dismissed speculation he might be looking to leave Liverpool but underlined the importance of manager Benitez being able to strengthen his squad after a disappointing campaign.

The Merseysiders will miss out on Champions League football next season after failing to secure a top-four finish in the Premier League – they failed to get through the group stage of Europe’s premier club competition before Christmas.

Torres has scored 72 goals in 116 games for Liverpool since arriving from Atletico Madrid for a fee of about £20m in July 2007 but has yet to win any major honours during his time at Anfield.

Gerrard, 29, a product of the Reds’ youth academy, has become a talismanic figure, inspiring Liverpool to their Champions League triumph in 2005 as well as to two FA Cups, two League Cups and the Uefa Cup.

Benitez, whose own future has been the subject of much scrutiny, has been more concerned with Torres returning to full fitness than any stories about him leaving. 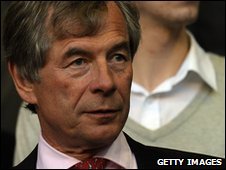 "I think that Fernando will be OK and the main thing for him now is to recover and be ready for the World Cup", said the Liverpool boss.

"He has said from the start that he is very happy at Anfield, so hopefully he will be OK and can score a lot of goals for the club in the future."