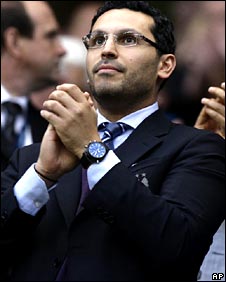 City’s hopes of finishing fourth in the Premier League ended with Wednesday’s 1-0 defeat by Tottenham, who can now qualify for the Champions League.

But speculation that Mancini’s job was under threat has been dismissed by the City chairman.

"Roberto’s going to do a wonderful job for us for many years," Mubarak told Manchester City’s official website.

"Roberto is our manager. He’s done an excellent job coming in mid-season, organising the team. I’m very happy, and [owner] Sheikh Mansour’s delighted with the way he’s organised the team."

Mubarak added: "We believe he is definitely the right manager for this club for many years. What he needs this summer is time to prepare and really organise ourselves.

"We know the areas that need to be improved within the club. A good pre-season followed with a good start to the season and I’m really excited for next year."

Fifth is not where we would like but it’s a major jump. It’s a major achievement for this club to move from 10th to fifth place

The City chairman insisted that he viewed the season as a success after the club improved on last year’s Premier League finish of 10th place.

"It’s been a wonderful season," reflected Mubarak. "We’ve gone a long way as a team and I feel very good about next year because we’ve crossed an important milestone as a club. Next year’s going to be a very important year for us.

"Fifth is not where we would like but it’s a major jump. It’s a major achievement for this club to move from 10th to fifth place." 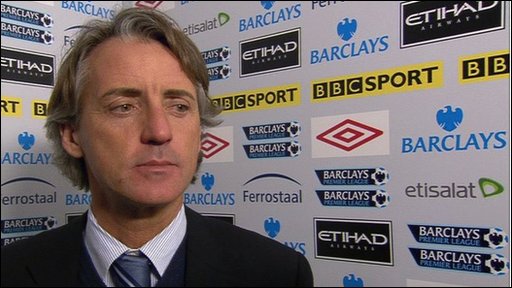 And looking ahead to the summer it seems likely that Manchester City will again be major players in the transfer market.

"Manchester City is now a real force to be reckoned with in this league and the acceleration of investment really has put us in this position maybe a year early," continued Mubarak. "That gives us a much better position this summer to work from."

When asked after Wednesday’s match whether he would remain in charge next season, Mancini told BBC Radio 5 live: "Yes, absolutely."

The former Inter Milan boss succeeded Mark Hughes in December and vowed to qualify for the Champions League, and City looked on course to do so before losing at home to Manchester United and drawing away at Arsenal last month.

Victory over Aston Villa last Saturday kept them in the hunt and they went into Wednesday’s game a point behind Spurs with two matches to play.

But Harry Redknapp’s men deserved their victory at the City of Manchester Stadium – secured by Peter Crouch’s late header – and it moves them four points clear of Mancini’s men going into the final round of games on Sunday.

"We can work together and develop together," added Mancini, whose side will play in the Europa League next season. "I want to win here, I want to be able to win here.

"I think I stay here. Why not? I work here four or five months and I think when you build a house you don’t start from the roof but the basement. We work very well but we are near the roof.

"I am not a magician, I don’t have a magic wand. We wanted this [fourth] place and we tried like Liverpool, Tottenham and Aston Villa.

"When you don’t finish fourth this is football but we did a good job."