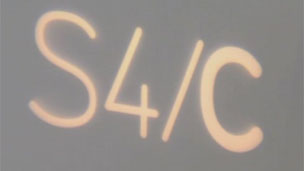 The chair of S4C resigned at a meeting of its governing body before reversing his decision, BBC Wales understands.

John Walter Jones initially indicated at a meeting of the S4C Authority on Tuesday night that he would stand aside next spring when he turned 65.

But following an exchange with other members of the authority, Mr Jones, taking part via video link, said he would resign immediately.

However, he later rejoined the meeting and said he had rescinded his decision.

On Wednesday morning, the Welsh Conservative MP Guto Bebb, speaking on behalf of his Tory colleagues, publicly called on the S4C Authority as a whole to step down, with the exception of Mr Jones as chair.

The Welsh Affairs Select Committee of MPs is examining the channel after the loss of its chief executive and the decision to part-fund the Welsh language broadcaster from the BBC licence fee.

Meanwhile, Mr Jones had told the authority meeting, described as “lengthy and difficult”, he would resign immediately, before informing the Department for Culture, Media and Sport (DCMS) of his decision.

But some time later he said he had reversed his decision.

S4C has faced months of turmoil following the departure of its former chief executive Iona Jones.

The UK coalition government then announced its intention to sever S4C’s guaranteed inflation-linked funding settlement, which is expected to lead to cuts of at least 25% in its budget.

UK Culture Minister Jeremy Hunt revealed the BBC is to take over part-funding of the channel from 2013.

Tory politicians said they believed that members of the S4C Authority are “part of the problem”.

Aberconwy MP Mr Bebb told BBC Wales: “Some members of the S4C Authority are more concerned with scoring political points against the coalition government than trying to move S4C forward to a secure future.

“We’ve come to the conclusion as a group of MPs, especially after yesterday’s evidence to the Welsh Affairs Select Committee, that the S4C Authority are part of the problem rather than part of the solution.”

Giving evidence to Welsh MPs on Tuesday, the executive chairman of the independent television company Tinopolis, Ron Jones, said S4C had thought of itself as a “big and important organisation” and should think more like a “small organisation once again”.

Former BBC Wales controller Geraint Talfan Davies told the inquiry that he believed the details of the deal to fund the channel from BBC funds “sounded cumbersome and expensive”.

He told MPs that the arrangements being suggested by the DCMS, were “not a workable structure”.

The S4C Authority took effective control of the channel after its chief executive quit.

It is currently advertising for candidates to replace Ms Jones.