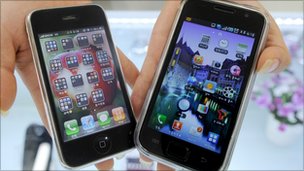 Virgin Media is mulling the idea of creating a nationwide wi-fi network to compete with rival BT.

It said it had been inspired by cable operators who have launched wi-fi in other countries.

The cable broadband firm admitted it would be a “massive undertaking” and that no firm plans have yet been drawn up.

But it said it could offer a better alternative to 3G networks for those who crave data on the move.

“We are looking at way to converge data services. 3G networks are reaching a capacity crunch and wi-fi could offload traffic and offer a vastly superior overall throughput,” said a Virgin Media spokesman.

“People are using a variety of services and there is a sheer desire for data wherever people are,” he added.

Virgin Media experimented with a small-scale wi-fi network at this year’s V festival.

The Virgin spokesman described it as a “useful experiment” and said people were using it “in preference to 3G”.

Virgin Media has been watching developments in the US and the example of firms such as Cablevision which has launched a wi-fi network in New York.

It is likely that any wi-fi would be part of a bundle of extras for broadband customers, in a similar way to how BT offers the service.

Its wi-fi sharing service BT-FON has 1.6 million public hotspots around the world.

Members of BT-FON agree to securely share a portion of their wi-fi connection through a separate channel, making it available to other members who are in range.