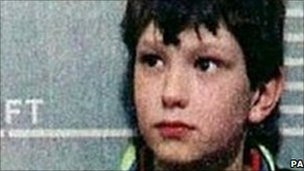 Probation officers could not have prevented Jon Venables from downloading images of child sex abuse, an inquiry has found.

Venables was jailed for two years in July after admitting a number of child pornography offences.

Sir David Omand, who examined how James Bulger’s killer was supervised on his release, said he “alone was responsible” for his crimes.

However, he could have been given “more therapy”, the report stated.

Sir David’s inquiry concentrated on the supervision he received from the probation service on his release in 2001.

It did find that Venables’ drug and alcohol dependency could have been dealt with through increased mentoring and psychotherapy by the authorities but there was no indication that this would lead to downloading child pornography.

Venables and Robert Thompson were released in 2001 after serving eight years for murdering two-year-old James and leaving his battered body by a railway line in Bootle, Merseyside. 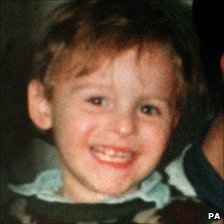 James Bulger was killed a month before his third birthday

They were given new identities on release but they remained on licence with a number of those in authority knowing their new names and addresses.

While Thompson’s name did not make the headlines, Venables’ life descended into drug-taking, drinking, fights and eventually downloading child pornography.

He was under supervision by a variety of authorities but still managed to build up a stash of indecent pictures.

Commenting on the report, Harry Fletcher, assistant general secretary of the probation union Napo, said: “Supervision of Jon Venables was extremely difficult because of his notoriety and the need for tight security.

“The only way that his drinking, his trips to Liverpool and his accumulation of child pornography could have been prevented would have been through 24-hour surveillance, which would have been extremely expensive and implausible,” Mr Fletcher said.

He said to keep him under constant surveillance would require 16 officers over a 24-hour period everyday for 12 years – at a cost of £8,000 a week.