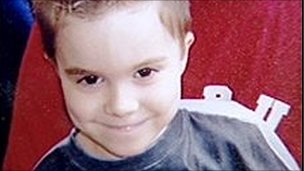 The mother of a five-year-old boy who died in Wales’ biggest E. coli outbreak has vowed to fight for justice for him as the inquest into his death is held.

Sharon Mills spoke ahead of the hearing in Newport, which is expected to last for two days.

About 160 people became seriously ill before the outbreak was declared at an end in December 2005.

The first cases of E.coli were reported in September 2005.

A butcher, William Tudor, of Cowbridge, Vale of Glamorgan, was jailed for 12 months for supplying the infected meat.

The source of the outbreak was traced to William Tudor’s Bridgend-based food supplier John Tudor & Son.

The business had a contract to supply cooked meats for school dinners at primary schools across south Wales.

William Tudor admitted placing unsafe food on the market and failing to protect food from risk of contamination at John Tudor & Son of Bridgend.

“Whatever the outcome of this inquest, it’s never going to change anything for myself and my family… I just want justice for my son”

He was sentenced to a year’s imprisonment in September 2007.

A public inquiry into the outbreak was held in 2008.

Ms Jones said: “Sadly, whatever the outcome of this inquest, it’s never going to change anything for myself and my family but I just want justice for my son.

“There have been changes made which I’m so proud to say is down to my son’s memory but there’s still so much more to be done.

“There’s been the consultation for the separation of raw and cooked meats, there’s been the food hygiene rating system which was rolled out in September so there has been improvements.

“But E. coli such a deadly bacteria, it’s not going to go away and there’s still a heck of a lot more to be learned.

“The inquest may come to an end in the next few days, but the fight is to stop this bacteria getting into the food chain.

“I’m not going away and I’m going to carry on fighting. I’m determined not to let my son have died in vain.”

The inquest will beheld at Newport Civic Centre.