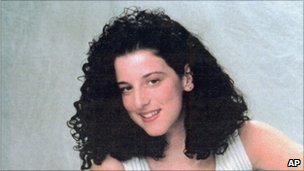 Chandra Levy’s disappearance made headlines around the world
Related stories

An immigrant from El Salvador has been convicted of the 2001 murder of US congressional intern Chandra Levy.

Ingmar Guandique had denied killing Ms Levy, 24, whose remains were found in Rock Creek Park in Washington DC more than a year after she disappeared.

The case claimed the career of a politician she was romantically linked with, Californian Democrat Gary Condit.

Mr Condit, once a suspect in the murder case, has always declined to discuss whether or not they had an affair.

The jury deliberated for four days before returning guilty verdicts on two counts of first-degree murder.

Guandique faces the possibility of life in prison.

Earlier in the trial, prosecutors admitted they had no eyewitness or physical evidence tying Guandique to Ms Levy’s murder.

Defence lawyers said Guandique, 29, had become a scapegoat for a botched investigation and claimed that his DNA did not match samples found on Ms Levy’s clothing. 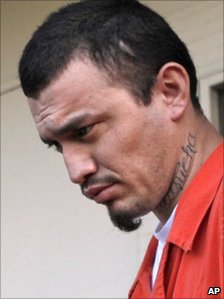 Guandique told cellmates he carried out the killing, prosecutors said

But the prosecution presented evidence that Guandique had told prison cellmates he had carried out the killing, and they argued the details of the case matched patterns from other attacks against women for which Guandique had been convicted.

Guandique was serving a 10-year prison sentence for those attacks when he was charged with Ms Levy’s murder.

The former California Representative testified during the course of Guandique’s trial, and said his decision to not discuss the nature of his relationship with Ms Levy was based “purely on principle”.

“I think we’re all entitled to some level of privacy,” he told the court.

“Seems like in this country we’ve lost a sense of decency. I didn’t commit any crime, I don’t think I’ve done anything wrong.”