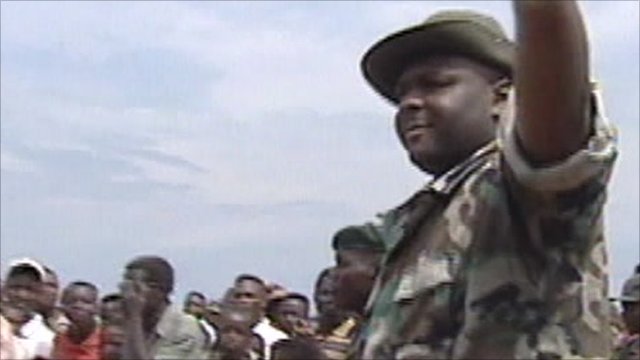 The war crimes trial of former Congolese rebel leader Jean-Pierre Bemba is to start at the International Criminal Court in The Hague.

The former vice-president of DR Congo is accused of murder, rape and pillage in the Central African Republic (CAR) in 2002 and 2003.

He is the most high profile figure to face trial at the ICC since it began its work eight years ago.

The trial is expected to last several months.

The 48-year-old faces two counts of crimes against humanity and three counts of war crimes.

At the time of the alleged crimes, Mr Bemba was a militia leader in DR Congo, but his forces went into the neighbouring country of CAR to help the president put down a coup attempt.

It is alleged that attacks carried out by his troops against the civilian population were widespread and systematic.

Jean Pierre Bemba later became a vice-president in his own country and, in 2006, lost a run-off election against President Joseph Kabila.

He was arrested in Brussels in 2008, and handed over to the ICC.

Prosecutors will be trying to show that as a military commander, Mr Bemba was in control of his forces but did nothing to stop them committing the atrocities in question.

Mr Bemba has argued that he was not in command of the militia after it crossed the border.