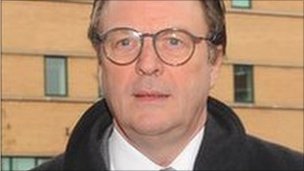 The credibility of the Wales Audit Office will not suffer long-term as a result of the jailing of its ex-auditor general, says a senior assembly member.

Mr Morgan admitted to BBC Wales that he had been “gobsmacked” when the allegations against Mr Colman surfaced.

He said: “That’s the only way I can describe it because I would never have thought that he would have committed those offences.

“But I don’t think the (audit office’s) credibility has been damaged because these are the acts of one man.” 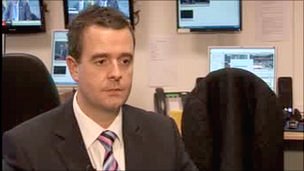 The auditor general for Wales heads the Wales Audit Office, which is independent of government and is responsible for the annual audit of some £20bn of public expenditure.

Reports it prepares on the Welsh Assembly Government’s accounts are scrutinised by the public accounts committee.

Mr Morgan credited the staff at the audit office with continuing to work hard despite the strain they had felt during the investigation into Colman’s offences.

He said: “The Wales Audit Office is an incredible organisation with some of the most dedicated, professional and intelligent public servants that I have ever met.

“”I think it’s a golden future for them, however, they have had a very difficult number of months and it must have been very demoralising”

“I think it’s a golden future for them, however, they have had a very difficult number of months and it must have been very demoralising.

“In some senses it may have damaged their reputation but I think that’s going to be a short-term dip.

“And I think longer term people will see that we have a confident and capable organisation of highly motivated professional people who are capable of delivering the sort of work that we need and rely on.”

Huw Vaughan Thomas was recently appointed the new auditor general and Mr Morgan welcomed the reforms he is heading up at the office.

“There’s a review at the moment and I hope that will lead to some reforms in the future.”

Colman, who stood down from his £170,000-a-year post in February, had been remanded in custody since 1 November after admitting downloading and possessing images of child sex abuse.

He has a home at Dinas Powys in the Vale of Glamorgan but has been living near Peterborough in Cambridgeshire.

Sentencing, Judge Nicholas Cooke QC, the Recorder of Cardiff, told Colman he had caused considerable embarrassment for the Welsh assembly.

The court heard 51 of the images were of level four, the second most serious level.

The images were described by the judge as utterly revolting material.

Colman was ordered to register as a sex offender for 10 years.