I have a site which is in joomla 1.0 and now we want to upgrade it in 1.5.9, how much you will charge? site is http://sofix.com.au/ Please give me exact time and budget. Low bid with high reviews will win this project. DON’T POST UR PORTFOLIO

Pay will be minimum. However, we keep getting to the same developer for our future works.

We need fast web developers. Please do not bid if you are lazy / a company with 30 day deadlines / copy templates to deliver work.

Need to install a Free Live Support Script to my Joomla Site.

We have started a Joomla project www.thespainrentals.com , we are looking somebody to finish it.

We will give some websites examples like http://www.ihacom.es/ or http://www.spain-holiday.com/

The programmer will have to finish the actual site, now we have intalled a sobi2 , but you can change it if you work better with another component.

Is important to do a good job and leave the site working perfect and with good looking.

Amazon just announced the launch of CloudHSM, a new service that provides Amazon Web Services users who need to meet corporate, contractual and regulatory compliance requirements for data security a way to do so by using a dedicated Hardware Security Module (the ‘HSM’ in CloudHSM) within the Amazon cloud. Until now, Amazon argues, the only option for many companies that use its cloud services was to store their most sensitive data – or the encryption keys to it – in their own on-premise data centers. This, of course, made it hard for these companies to fully migrate their applications to the cloud.

The new service, Amazon writes, can be used to support “a variety of use cases and applications, such as database encryption, Digital Rights Management (DRM), and Public Key Infrastructure (PKI) including authentication and authorization, document signing, and transaction processing.” The actual appliances are Luna SA modules from SafeNet, Inc.

The new CloudHSM service uses Amazon’s Virtual Private Cloud (VPC) and the appliances are provisioned inside the user’s VPC with an IP address the user specifies. The service, Amazon says, provides businesses with secure key storage and protects these keys with “tamper-resistant HSM appliances that are designed to comply with international (Common Criteria EAL4+) and U.S. Government (NIST FIPS 140-2) regulatory standards for cryptographic modules.”

Because the HSMs are located close to the user’s EC2 cloud computing instances, network latency should be very low.

All of this, however, doesn’t come cheap. The upfront cost to provision a CloudHSM is $5,000 and the hourly cost are $1.88 per hour, which comes out to $1,373 on average per month. For businesses that need this kind of security, that’s probably a small price to pay, but this is clearly not a service that’s geared toward startups that just want to ensure their encryption keys and data are stored safely. The HSM client software can load balance requests across two or more CloudHSMs, though Amazon notes that it can take “several weeks” to provision more than two HSMs.

TwitSpark announced today that it has raised a $4.5 million Series A round of funding, and changed its name to Sparkcentral. The company’s vision is the integration of social customer service into the mass-scale call centers that large corporations staff with phones, people who answer phones, and angry calls.

Sparkcentral’s focus on enterprise-level clients sets it slightly apart from companies, such as Sprout Social, which cater to outfits that want to publish material, and handle complaints. Sparkcentral wants to focus more narrowly on the customer service needs of large firms.

The company is originally from Belgium, but is now ensconced in the Bay Area. Its new $4.5 million round was led by Sigma West’s Bob Spinner, who put in around $3.5 million. The rest was fill-in from prior angels and other investors. Including its seed round, Sparkcentral has now raised $5.625 million.

Sparkcentral — then TwitSpark — launched its product in September of 2012. In its first year, the company signed up 35 customers, who pay a minimum of around $10,000 per year. Selling to large companies involves long sales cycles, Sparkcentral CEO and founder Davy Kestens tells TechCrunch, noting that they have closed a deal in as little as six weeks, but that the average contract takes longer to settle.

The company has rapidly ramped up its team size since closing its Series A lead investor roughly six weeks ago, growing from six to 16 people in the time period. With its fresh money, Sparkcentral does intend to expand its sales staff slightly (past its recent hiring, of course), but has more of the funds earmarked for marketing efforts and feature expansion.

Sparkcentral wants more customers like Delta, who have large staffs monitoring social channels. Any brand of sufficient size has to play both offense and defense online, monitoring and managing complaints, as well as reaching out to current and potential customers. Sparkcentral wants to answer the first part.

The question the company must answer is simple: Can it grow its customer base quickly enough, and protect its margins while doing so, by providing a social customer service option to large companies. Or, put another way, is there enough market demand for its tailored solution; do companies that have large call centers – the larger the company, the more conservative it is, usually, and always technologically – have the appetite to bake social into their normal customer service operations at scale.

If not, Sparkcentral’s core premise is off, and its cost structure won’t work. That it is has accrued 35 customers in a year can be viewed as initial market validation, but it will be the acceleration of that number that is far more interesting over the next 24 months, after which the company will presumably be hunting for new capital.

Regarding its product, the company expects to have its API completed by the end of the year.

The ROI of social media has always been somewhat dicey to calculate. In the case of Sparkcentral, either it lowers the call volume that companies deal with, or it doesn’t. 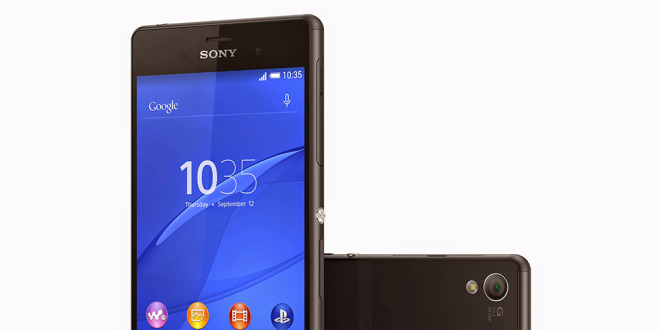 With the Xperia Z3, Sony once again makes a fantastic piece of hardware that’s marred by horrible software.